About the Book:
Callista Lamply sits watching television 1,300 miles away from her hometown. In an instant she recognizes the place in which a horrific tragedy is taking place. While watching images of the scene unfold, Callie finds herself anxiously waiting to hear new details of those involved. Feeling frightened and alone, wishing she could turn back time when life was simple, her childhood memories begin to flood her consciousness.

Remembering in detail the summer of 1982, Callie recalls meeting a blond haired, blue eyed, handsome boy named Wyatt who, as luck would have it, lived several doors down from her grandfather’s camp. Callie and Wyatt begin a romance that blossoms from summer to summer, bringing them closer than Callie had ever imagined. If only her brother Jimmy could let go of his suspicions about Wyatt. Just because he is the kid brother of Jimmy’s arch nemesis doesn’t make him a bad guy. Does it?

The seasons change, and as Callie enters college she meets Charlie—the vivacious, devilishly handsome co-ed who quickly becomes an important part of her life. But is it more than that? Are her summers with Wyatt about to end?

Needing some clarity, Callie seeks out Marilyn- her loveable, quirky Aunt with an otherworldly voice of reason. Unexpectedly she finds Aunt Marilyn having a conversation with a blackberry bush and wonders just how dependable she can be.

With her love life in the balance, Callie is determined to make a decision, but which way should she turn? Will Wyatt make promises he can’t keep? Is there more to Charlie than fun and games? Is it worth the risk or is it time to say goodbye?

A brief interview with the author:
Cindy, tell us what you love about this book.
I love this book because I have had it bouncing around my head since I was 14 years old but never knew how to start it. When the Sandy Hook tragedy took place in my hometown, I knew I had the start to my story.

Please share a couple of things you learned along the way to publication.
Two things I have learned during my publishing process: 1) Find an editor that gets you, really gets you. Make sure they are on the same wave length and that they understand what you are trying to say or do creatively. I was lucky enough to find an editor like that in Keltin Barney. It makes for such an enjoyable ride. 2) Don't let the little things becoming daunting tasks. Getting your ISBN isn't as difficult as it may seem. Take baby steps and before know it you'll have a novel completed; you're very own paper baby.

Introduce us to a character:
Meet Maddie, one of my favorite characters in Bye For Now. She's as harsh and addictive as an unfiltered cigarette. She speaks the truth even if it isn't asked for. This character is based on a close friend of mine from college whom I have great admiration for her ability to speak the truth no matter the outcome.

What do you hope readers will pass on to other potential readers?
Truthfully I just want people to feel something reading my books. Whether it's pain, angst, fear, sorrow, happiness I just want you to feel emotion. My biggest compliment is when someone says to me that my book made them cry.

Tell us what you’re reading now.
I just finished reading Me Before You and it wrecked me. Talk about emotion! It was so well written that I didn't want to put it down. I anxiously await the film adaptation.

What’s next?
Next on my agenda is to publish the second book in the Bye For Now trilogy. Even Willows Weep, the second installment should be published by the end of May, 2016. I'm very excited to continue this trilogy.

Thank you so much for allowing me to share my book with your viewers.
Sincerely,
Cindy Lynch 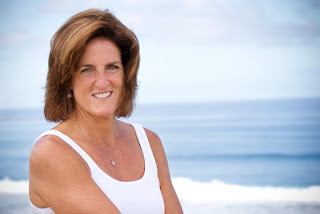 My book can be purchased on my website cindylynch.net, createspace.com, or amazon.com.It's also available on Kindle.
Posted by Lisa Lickel at 2:30 AM