Inspirational YA from Leslea Wahl 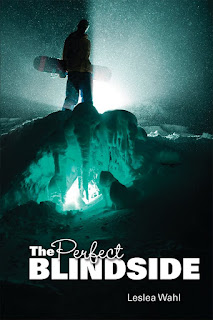 He’s an egotistical snowboarder with a silver medal.

She’s a judgmental honors student with a flair for photography.

Slashed tires….False accusations….A coded text message….When all they can see are each other’s flaws, how can Jake and Sophie work together to figure out what’s really been happening at the abandoned gold mine?

Follow Sophie and Jake into secret tunnels as they unravel the mystery and challenge each other to become who God wants them to be.

A Brief Interview with Leslea:

Tell about the story, how it took root for you.
The Perfect Blindside is an adventurous mystery about two teens. Jake, a silver-medal winning snowboarder who is dealing with his new found fame as well as the unwanted move to a small Colorado mountain town and Sophie, a studious high school student who thinks Jake is arrogant and full of himself. When they find themselves entangled in some strange events they must work together to uncover the mystery set in the town’s abandoned gold mine. The underlying theme of this book is to find and use your gifts from God to help others.

As a mother of three, I was often very frustrated with the things my growing children were exposed to through movies, television, music, and even literature. The societal messages that bombarded them didn’t always coincide with our faith. As my children grew and began reading middle grade and young adult novels, I struggled to find books that my kids wanted to read and exemplified the morals I was trying to instill in them. Then one day this story of Jake and Sophie literally popped into my mind. Characters and scenes just kept coming to me until I finally had to write them down.

Share one or two things you learned during research or the publication journey.
I really feel God led me to write this book so what I’ve learned through this process is to listen to Him. Besides the fact that the story came to me in an unusual way, other odd things happened as well. Out of the blue things related to the story appeared in the mail, and when I researched the name of my fictional town to see if there had ever been a Silver Springs Colorado, I was shocked to find that not only had there once been such a town, but incredibly it had been located in the exact spot I now envisioned it. I had no doubt God was leading me.
When I finally felt it was ready, I began sending it out to publishers but wasn’t getting any interest. Even though the rejection letters were piling up, I knew God had a plan so I kept praying and asked Him to guide me. And He did. I was browsing at a local bookstore one day and came across a young adult book that changed everything for me. The novel combined all the elements I loved in a story - humor, action, mystery, a little romance, and amazingly it had a Christian message. I hadn’t considered writing the book from a Christian perspective, but I realized by changing the genre I could not only create characters that kids could really relate to - teens who struggled with everyday problems and relied on their faith - but could also include my belief that we all have gifts and talents from God that we should use to help others.

What do you hope readers will tell other readers?
I hope readers tell others - “Hey, I read this great YA book that is fun and adventurous. I love these characters and can’t wait to read their next adventure. You’ve got to check it out.”

What are you up to next?
I have a few things in the works. Right now I’m working on Jake and Sophie’s next adventure with a sequel to The Perfect Blindside. In October my second Christian Young Adult novel will be released, which I’m really excited about. You can visit my website at www.LesleaWahl.com for more information on all my upcoming projects.

An Unexpected Role – due out in October
Josie Del Rio has spent the last two years cautiously navigating the perils of high school.  Just as she is about to emerge unscathed and finally move up in social standing as an upperclassman, her author mother releases her newest YA novel. Though a work of fiction, Josie’s classmates assume the embarrassing events that fill the book are about her and mercilessly humiliate her, making the most anticipated summer of her life a teenage nightmare.


Josie flees to a South Carolina island to stay with her aunt in hopes of reinventing herself. Her summer transforms into the one of her dreams as friendships grow, romance blossoms, and a series of thefts surround her with excitement. However, when tragedy strikes someone close to her, Josie realizes there are more important things than her reputation. As she sets out to solve the mystery she has become entangled in, she not only begins to rely on her faith but along the way also discovers herself. 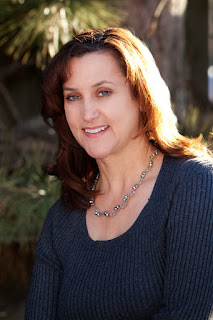 After a fulfilling career as a stay-at-home mom, Leslea Wahl has now turned her interests to reaching teens through encouraging Christian fiction. Her debut novel, The Perfect Blindside, won an Illumination Christian Book Award Silver Medal in January and was recently awarded First Place honors at the Catholic Press Association Annual Book Awards.
Posted by Lisa Lickel at 12:30 AM